about out of the trees 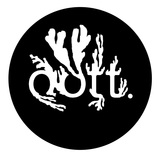 Out of the Trees is an independent music festival that takes place annually in the small Northumbrian village of Warkworth.  It is the only alternative music festival in Northumberland and one of the most unique events on the North East music scene calendar.

This year’s Out of the Trees will take place on Saturday the 3rd of January 2015 and will be our tenth and final year.

The festival originally began in 2005 as a strange idea on a winter night and has gradually developed over the years to become a day-long festival that show-cases some of the most original musicians and artists from the North East and further afield.

All profits raised from Out of the Trees goes to charity.  In the past these have included SPOWE Uganda, The Bobby Robson Foundation, The British Red Cross and Morden Tower.

Out of the Trees is run by a motley group of organisers roughly comprising of:

Michael R Donaldson - does all the pretty things: designs our posters, t-shirts and zine.  Owner of good beard.

Blank Studios - make everything sound great on the day

Adam Mills - will be lighting our evening stage this year

Other people who regularly help put the shindig together out of the goodness of their hearts: