Out of the Trees X Launch Party

To celebrate the final year of Out of the Trees we are holding a launch party for OOTT X at The Head of Steam on Tuesday 30th of December, 7pm - 2am

Find out more about the guys here: http://diymag.com/2014/10/28/tyrannosaurus-dead-preview-debut-album-with-bagged-and-boarded

One of our great highlights from OOTT IX last year and with a debut album 'You are a Cathedral' being released immenently. Sean Dodds charismatic nod to early 90's ultra harmonic fuzz pop. Heavenly.

Taking place on a traditional OOTT night (New Years Eve Eve) party like it's still 2014! Or a way to ease you into the last day of 2014 and get you into the party spirit.

BUY A TICKET TO OOTT X AND GAIN FREE ENTRY TO THE LAUNCH PARTY
Otherwise it's £3 on the door.

This will be a launch party, a celebration of 10 years. A compliment to the other event, Out of the Trees X, taking place on Saturday 3rd January, Warkworth. The bands on this bill will not be playing both events.

Out of the Trees X lineup will be announced on Monday 24th November with tickets on sale from Monday 1st December. 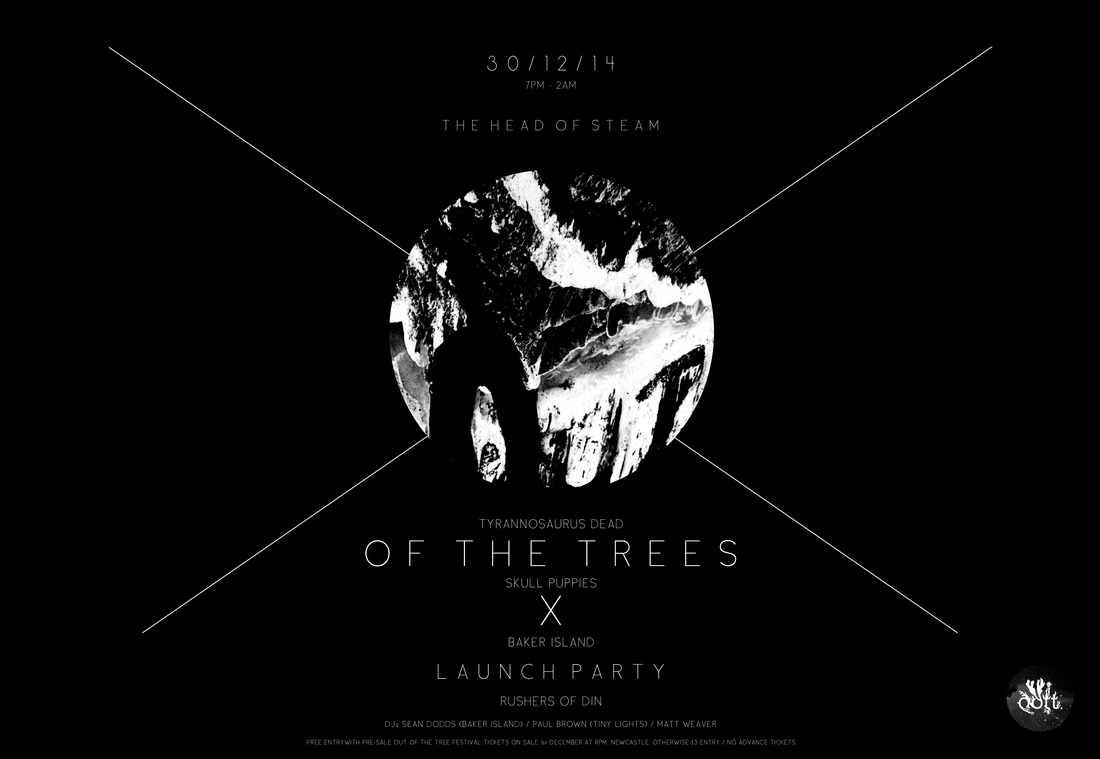